Reputation or the truth? An analysis of Woman at Point Zero

Opening the Western mind to the life of a suppressed feminist, Woman at Point Zero brings forward an unbelievable journey through modern Egypt in the IB English I class. As I have grown up with an independent and headstrong mindset, the inequality and forced subjugation of the female roles is absolutely unthinkable to me. Seemingly normal actions of victimization place women in inferior positions, as found in many stories of oppression. But this unique piece of “creative non-fiction” truly brings to life a woman’s place in modern Egypt.  Because of this, there have been several controversial issues surrounding the novel’s graphic detail and realism, which has been viewed as a purposefully negative and detrimental exposé on Egyptian society and culture. Personally, I think the dispute over this issue is simply defensive, as the events within the novel are in fact graphic, but true and insightful.

A summary of the novel is necessary to understand its controversial background: Nawal El Saadawi opens the story with a psychiatrist interviewing the soon-to-be-executed inmate Firdaus. Firdaus agrees to tell her her exhaustive life story, commencing with a difficult childhood: She is sent to secondary school after moving in with her uncle due to her parents’ death. After graduating, Firdaus is forced into marriage with an abusive elder man, which sparks her escape, leading her to explore the world of prostitution. Firdaus forms unhealthy relationships in her journey through prostitution, as she is being used, and a change of mentality shifts Firdaus’ fearful and self-deprecating mindset to one of appreciation and independence. But a discomforting encounter with one of her clients undermines her confidence in her “respectability”, leading Firdaus to acquire an office job. After mistaking feelings of love for being played, she once again turns to prostitution. Firdaus comes to the realization that prostitution is in fact respectable, and any woman capable of valuing herself so much to embark with it is worthy. To conclude her tale, Firdaus is once again placed in a forced relationship, this time with a dangerous pimp, and she kills him: This leads her back to where the novel begins, in prison awaiting execution for her “crime.”

Throughout the novel, Firdaus is faced with decisions to conform with the demeaning culture women face or to make independent choices that face major consequences. She undergoes female genital mutilation, which has both physical and mental effects on her sexuality and confidence. She is severely suppressed and abused through sexual interactions, physical assault, emotional harassment and more. Each time she chooses to take a courageous risk that would better her life, she must suffer the detrimental side effects, and is then sentenced to death for defending herself against her abusive and life-threatening master. The novel’s diction and imagery truly creates incredibly graphic moments within Firdaus’ life, which I personally find to strengthen the novel’s realism and purpose. El Saadawi uses the controversial context to identify issues that are prominent and actually occur in Egyptian culture, but this vivid detail has led to her punishment with Egyptian authority in the past as it exposed cultural flaws. One student addressed this debate, saying “I like how the author didn’t really try to censor a lot of stuff, and she tried to keep Fridaus’ story as true as possible to show the way people are treated in different cultures around the world.” Another agreed, saying, “It provides a new insight for what it’s like for women being oppressed in modern times.” Whether or not one believes this novel is detrimental to Egypt’s structure or that it is intellectual and insightful, we must keep in mind our bystander position in this debate. One student identified this, commenting “I think the novel was eye opening to all of the kids in Bedford.” As American citizens and furthermore students at Bedford High School, the majority of us have been fortunate enough to have no worries about dealing with such treatment and practices. I stand by this novel’s mission to promote global awareness: El Sadaawi’s Woman at Point Zero follows the difficult journey of feminism in modern Egypt, descriptively written to advocate for the cognizance of readers around the world. 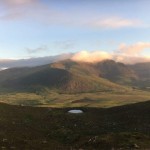