Snapchat: How Popular is it Really?

Snapchat has been one of the most popular apps on the app store since its launch in 2012. Its fun and unique way to talk to friends has made an impact on teens and their phone usage. According to the article, Snapchat Revenue and Usage Statistics, there are about 3.5 billion snaps sent in a day. But compared to the values in 2018, there is a visible decline in the number of snaps sent per day. Are teens getting bored of Snapchat and no longer using the app?

Snapchat has been one of my favorite apps for as long as I can remember. I love being able to talk to my friends when I am not hanging out with them, and being able to see their faces. Personally, I know a lot of people that I don’t get to see very often, and Snapchat allows me to see their faces and know how they are feeling. It shows their emotion, something that texting does not allow. Being a person who talks with a lot of sarcasm, this app has helped me with communicating with people in a more personal way without the risk of offending someone who cannot see my emotions through text.

Snapchat hit its peak in 2018. Just about everyone was sending “streaks” to their entire list of friends, posting on their stories daily, and spending all their free time snapping their friends with the fun filters. Many high school students still think Snapchat is as popular as it used to be. Carley Citron says,

“I think snap is still popular, I still use it so much. It helps you connect with people you know, or people you don’t directly, without asking for their number”

I have met new people and became much closer with some of my friends through Snapchat. It is basically my main source of communication and I really enjoy using it. Some people think otherwise though. Christa Kimball describes snapchatting her friends in an interesting way.

“I feel like it is becoming more of a chore.”

Many high school students have had Snapchat for a very long time, and have very high streaks. And many of them don’t want to end them, despite losing interest in the app. My highest streak is currently 1031, and sometimes I do feel the pressure of making sure it doesn’t end. Snapchat is also a big distraction. Once you snap one person, then you have to snapchat your whole list; by the time you finish someone else has already snapchatted you back and the cycle repeats. Then 2 hours later you look up from your phone and realize that you haven’t started your homework. This happens to me just about every night. This cycle leads to staying up really late, procrastination, and unfinished homework. There are so many pros and cons for Snapchat, and high schoolers’ views on its popularity is very controversial.

I took a poll of 45 students to see what they think. 58% of them agreed that Snapchat is still very much popular, while the other 42% said they think Snapchat’s popularity is slowly dying. One thing that may be the reason for high schoolers’ boredom with Snapchat is their lack of updates. Snapchat has not had a significant update in a long time. The app has been pretty much the same for the past year; they have not introduced anything new and fun to keep users interested. Also, high schoolers are becoming more and more busy, and don’t have countless hours to spend snapchatting their lives away.

However, in the end, we will all forget about our days on Snapchat. Most adults either don’t have Snapchat at all, or don’t have any clue how to use it. So my takeaway to the students in this building is this: spend the time on Snapchat talking to your friends while you still can, because you will very soon have no time for it. 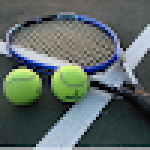